The current loaded history revision will be remarked in bold style in the History Panel. 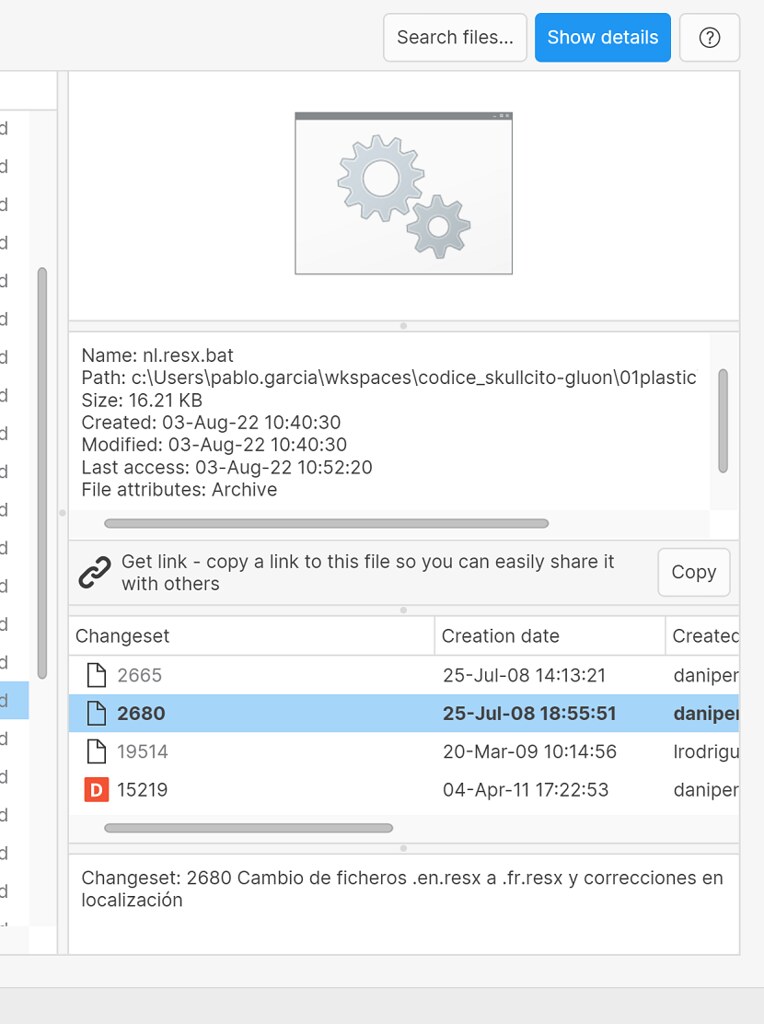 A new preference option has been added to the Preferences window for the issue tracker configuration.

Some features will be available if this preference is enabled: 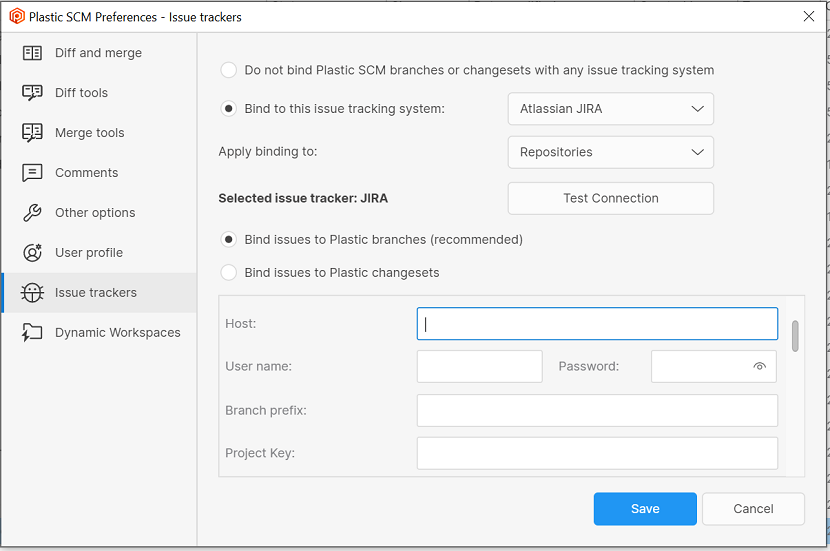 We improved the performance of reading GUIDs in our Jet backend. Now reading a GUID is 5 times faster than before!

Taking into account that many objects in the Plastic SCM data model contain a GUID, almost all read operations (and especially those in bulk) will take advantage of this improvement. But not only that, the new method of reading GUIDs does not allocate any memory at all - so we also (slightly) reduced the memory footprint of the Plastic SCM Server. Good news overall!

Workspaces can be of two different types: regular or partial (Gluon). In addition to that, Windows users can choose between static or dynamic workspaces (virtualized with PlasticFS).

Now, the GetWorkspaceFromPath command can display this extended information if the option --extended is provided to the command:

It is also possible to get this information through the --format option by using the 'type' and 'dynamic' keywords:

The built-in multiliner-bot is now able to use embedded Plastic code reviews to drive the CI/CD lifecycle.

Enable the following "Process reviewed branches only" toggle button in multiliner-bot configuration to activate this feature: 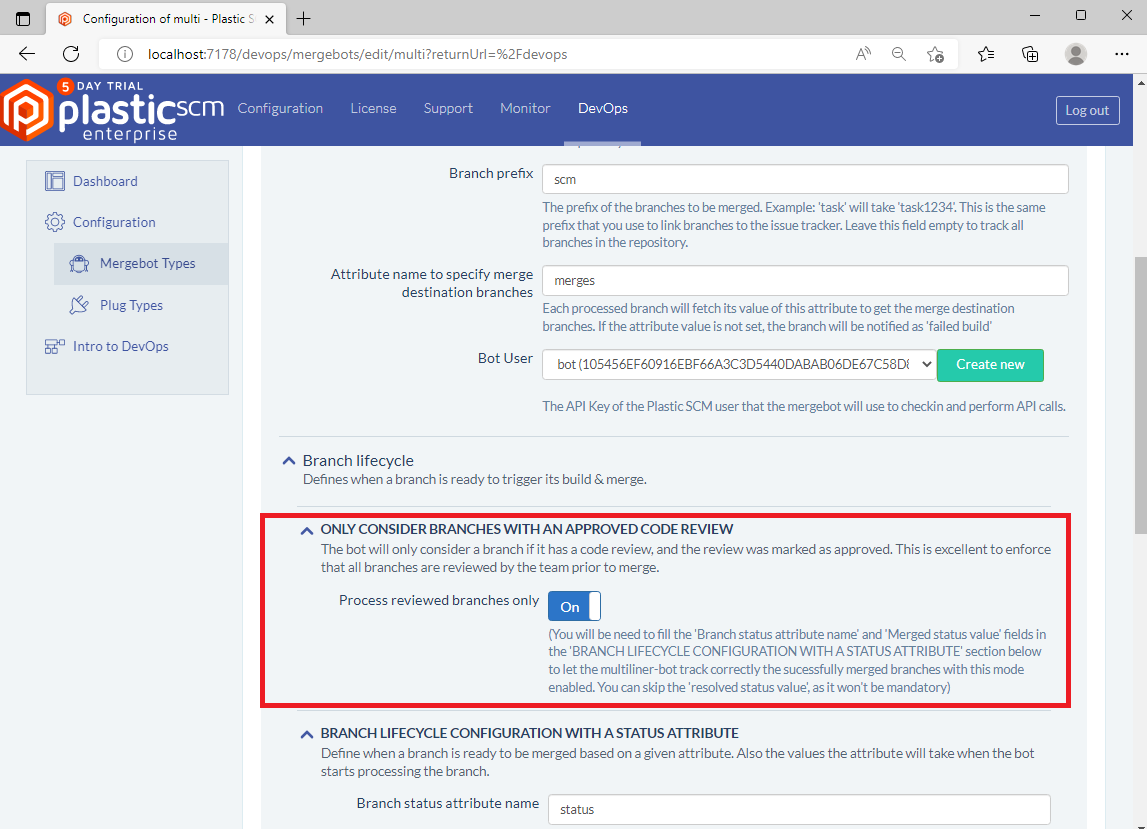 The feature works as follows:

* When a code review of a tracked branch(*) is created, or its status changes, the task branch is queued in multiliner-bot.

* If there are more than a code review linked to this task branch, all of them need to be approved before processing the task branch.

* If all the code reviews are approved, the task branch continues its processing by the multiliner-bot:

* a)If the merge fails (manual conflicts detected), or the branch build in the configured CI system fails, the status of the linked code reviews of the branch will be set to "Under review".

* b)If the merge succeeds and the branch build succeeds too, the task branch is merged, and the "status" attribute of the branch is set to "merged" (these fields must be filled in the multiliner-bot configuration).

((*) tracked branch: those that starts with the configured branch prefix in multiliner-bot config)

When the system language was not set to English, we were forcing some date and number fields to the English formatting. We did this to fix some issues with Turkish characters.

We addressed each issue individually, so now we can take the system language for date fields again, instead of forcing it to English.

* Updated the syntax highlight grammars to the latest version, which brings the latest language features for major languages like C#, Python, Java, etc...

* fixed some syntax highlight exceptions registered in the log coloring some documents.

A new menu item has been added to branches context menu in Branches view and Branch explorer. This new option will allow to create new branch in level 0, a top-level branch. 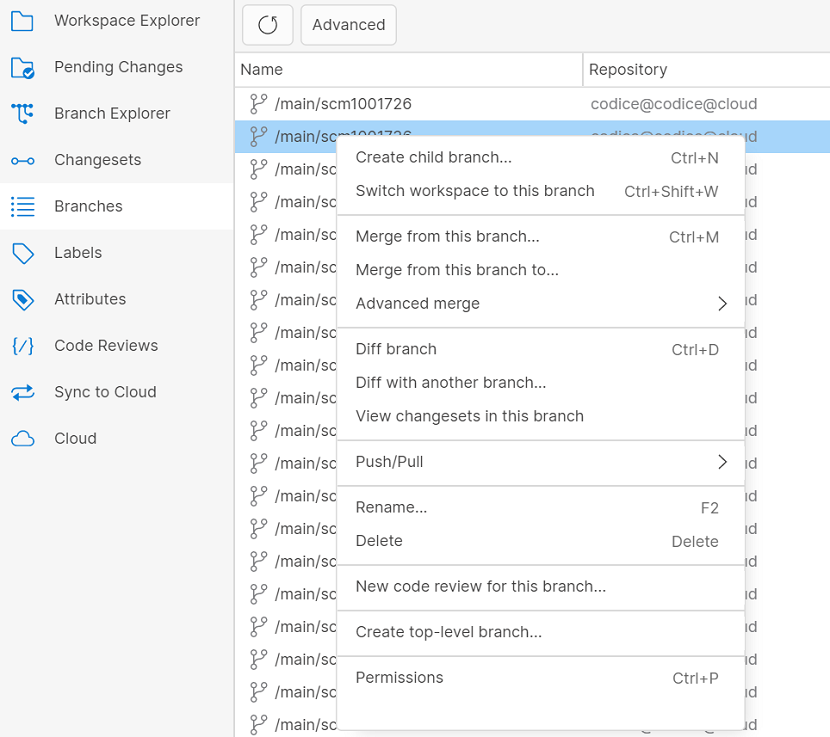 All platforms - PlasticX: Color changesets by server in the Branch Explorer.

We ported the "Color changesets - replication source" functionality, already existing in the Legacy GUI, to the new GUI. It allows to set up custom colors for all the changesets belonging to a certain server.

This is how it works:

All platforms - PlasticX: Color changesets by user in the Branch Explorer

We ported the "Color changesets - users" functionality, already existing in the Legacy GUI, to the new GUI. It allows to set up custom colors for all the changesets created by a certain user.

This is how it works:

When configuring Plastic for the first time, if you select the on-premises mode, you will see an empty server field that you must fill with the server you want to connect to.

Now, if there is a local server running on a well-known port, this field automatically filled: 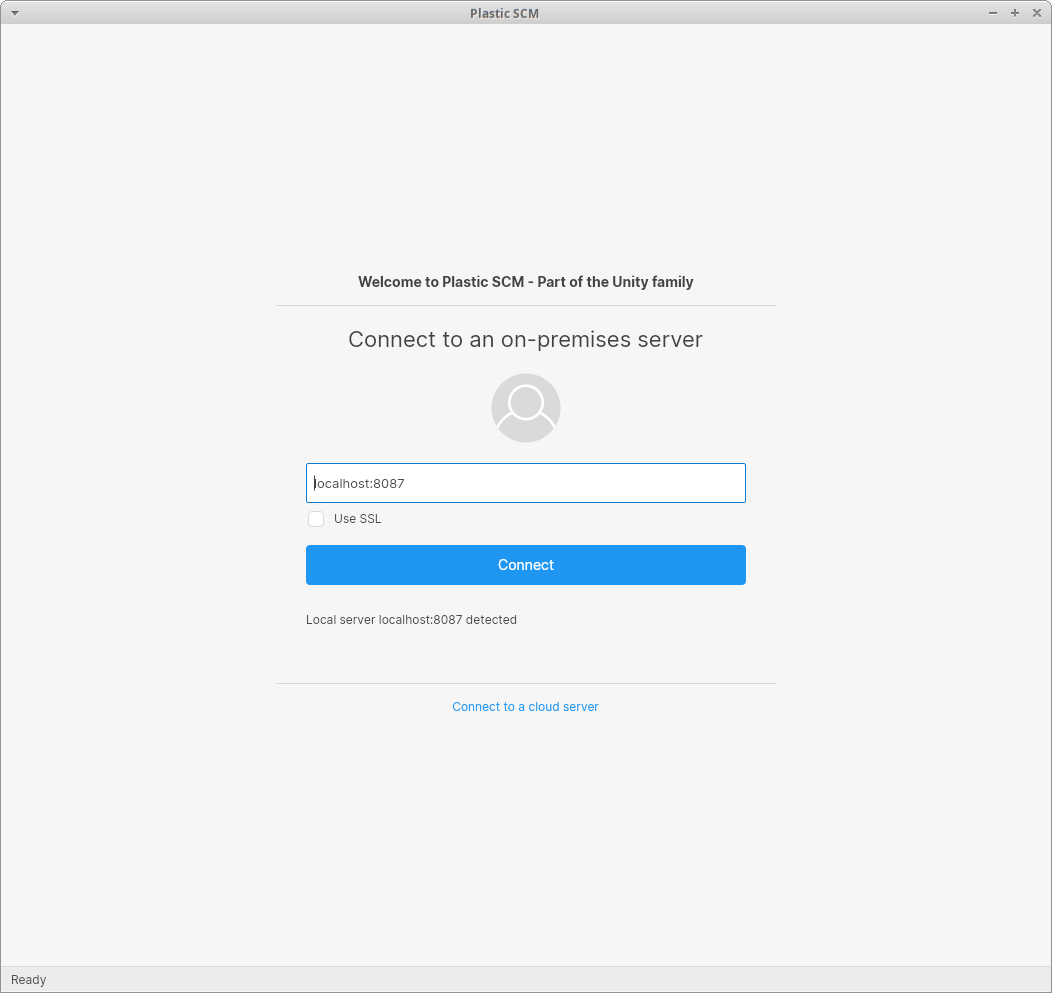 The object GUID has been included in diff window as diff metadata.

We fixed an issue where the branch name was being displayed incorrectly in the Branch Explorer when you filtered the view to show just the current and related branches. (You can do this from the context menu on a branch, from the "Branch Explorer" submenu).

Cmd+H shortcut is currently used by the system to hide apps, so it can't be used in PlasticX to show the history view.

If you use a PlasticLink as argument for the command line, the command failed with a cryptic error message:

Now the command does not fail.