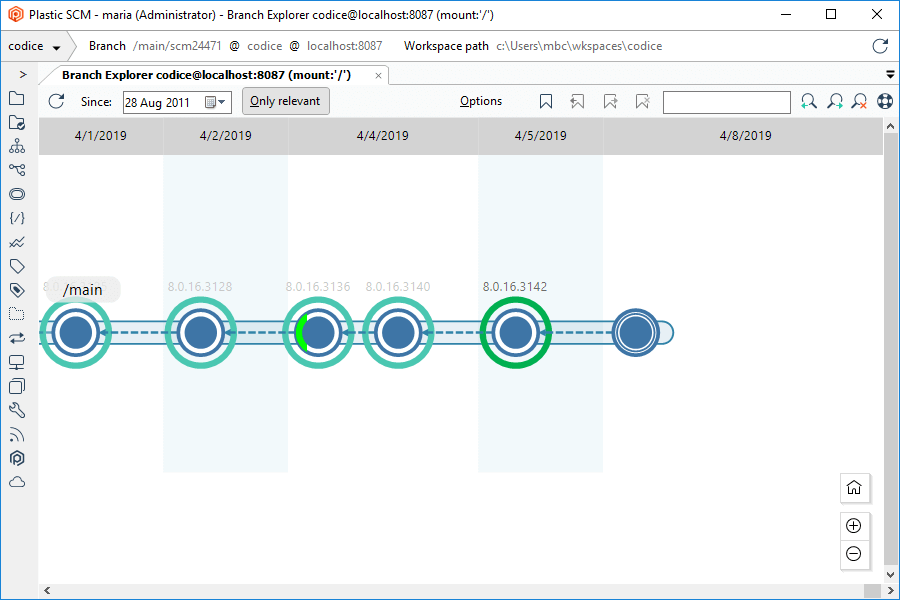 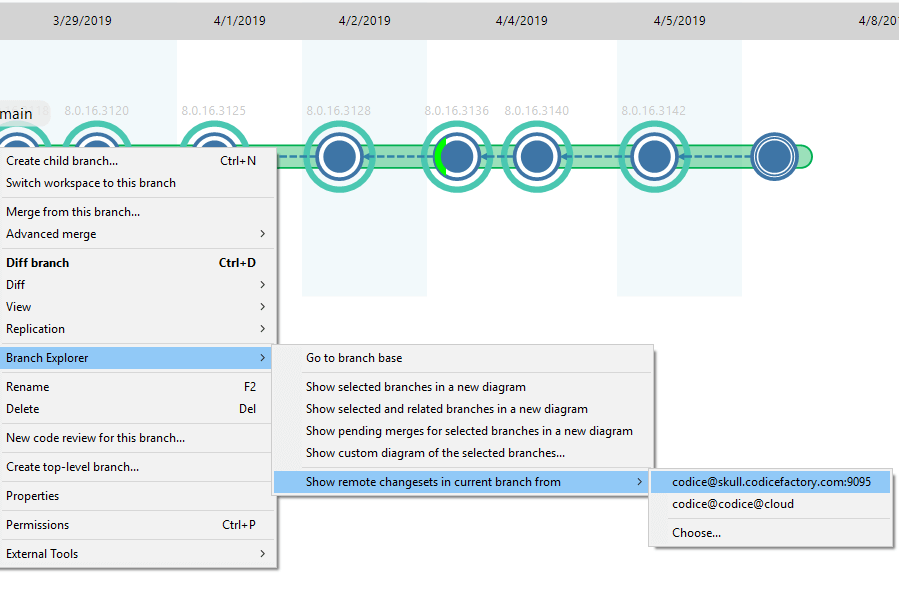 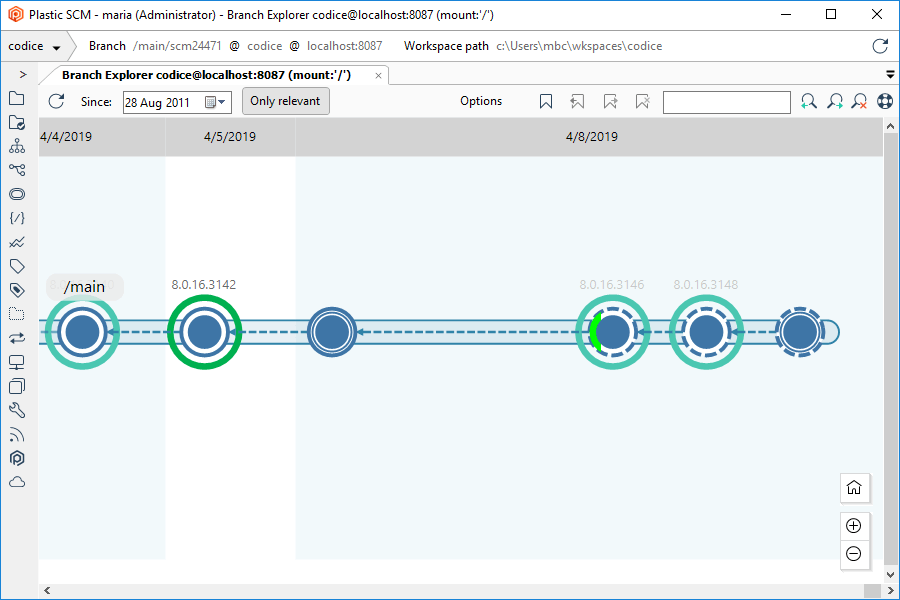 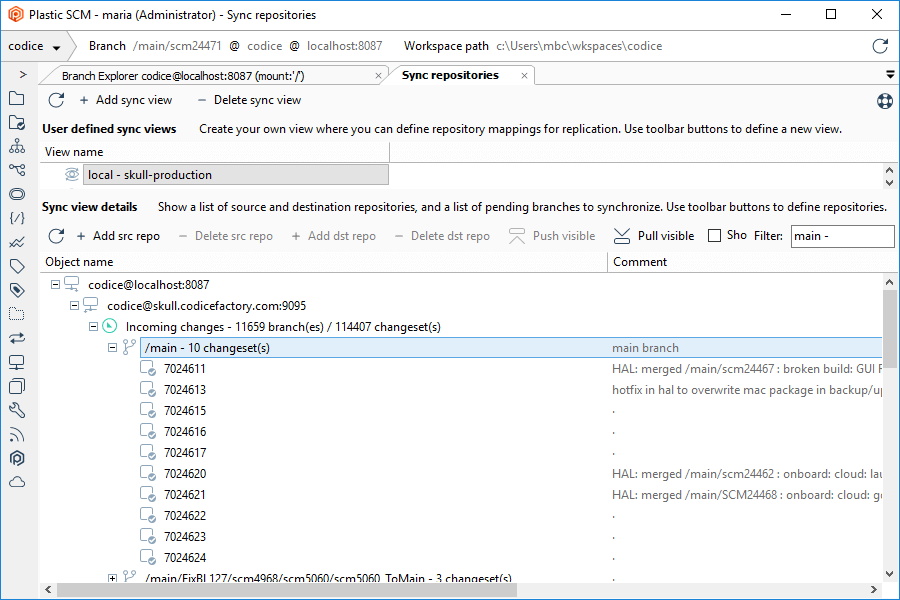 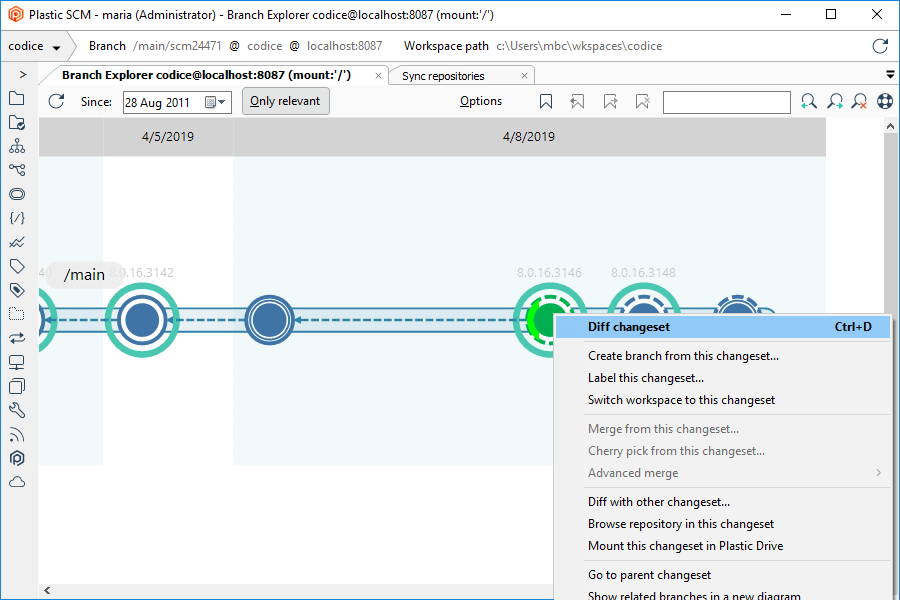 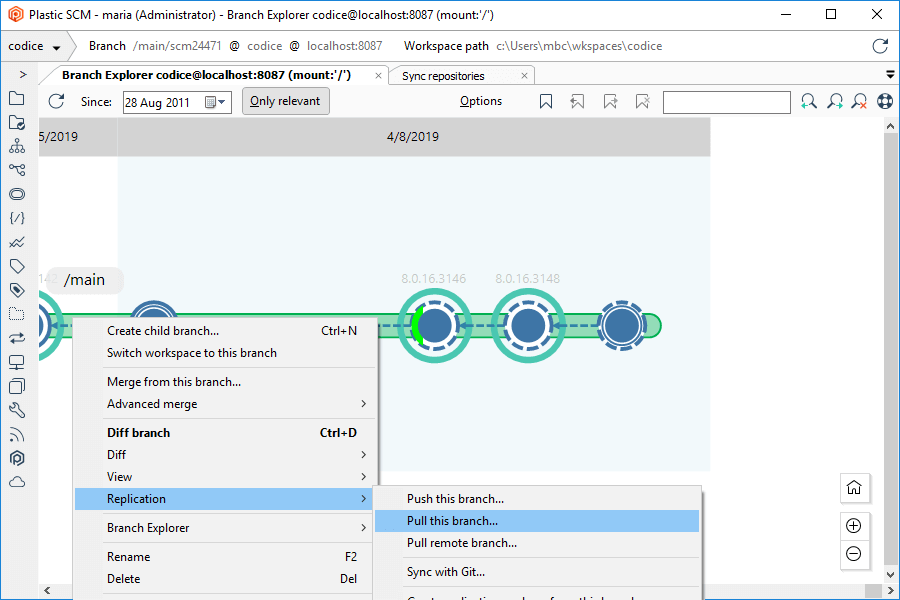 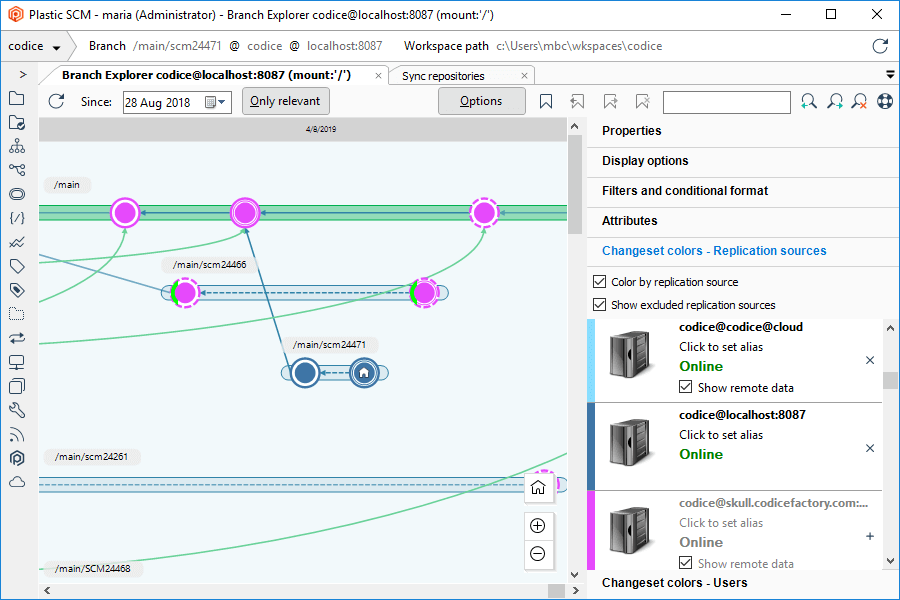 How it helps in the enterprise

Distributed version control is not only for open source projects. Plastic SCM was designed from the ground up to bring the best of branching and merging, parallel and distributed development to teams creating commercial software and enterprise applications.

There are some features to take into account when considering DVCS for commercial software developers:

And still, DVCS is great for these teams since:

What Plastic SCM adds on top is:

What's in here for ClearCase users

ClearCase developers might say: "We were distributed as of 20 years ago thanks to ClearCase MultiSite!". And they're right... Almost!

The most notable differences between ClearCase MultiSite and Plastic SCM from the "multi-site" point of view are:

So, while we at Codice Software were inspired by ClearCase, and we've always focused on making the teams moving away from CC feel at home with Plastic SCM, our product is a totally different and vastly improved system compared to good-ol CC MultiSite, outperforming it in every aspect.

DVCS was born in the open source world, as a way to better enable collaboration in highly de-centralized teams, that can't share effective access to a central location.

DVCS was created to handle the Linux kernel development, but since then it surpassed the original goals and became a global resource for developers.

In the last few years, all major open source projects abandoned Subversion, the former open source king, and headed towards systems such as Mercurial and most notably Git, the Linux kernel champion.

Open source projects can be massively decentralized. Theoretically DVCS means a "central server" is not required anymore, since each "peer" has his own replica ensuring:

However, not requiring a central repo doesn't mean one doesn't exist. At the end of the day, there's always a "blessed" repository, which conceptually plays the role of rendezvous point or central, and is the one that developers refer to when they contribute changes.

Open source DVCS tools such as Mercurial, Git, Bazaar and others, evolved to deal with open source development. They're great for that purpose and helped to create a version control revolution, breaking the former "status quo" and turning version control into a productivity factor in teams.

Plastic SCM is the only DVCS designed for teams developing commercial software, from small teams to huge companies, and as such it brings in features like ease of use, access control lists, standard database based storage, powerful graphical user interfaces, and professional support.

Mind the gap distributed as buzzword

DVCS has become a buzzword too and as such is easy to find in the wrong context.

A DVCS is a version control that lets developers work while totally disconnected from each other. This means:

Having a distributed version control system means being able to set up lightweight replicas even on developer's laptops, which are able to replicate changes (push and pull) to any other server easily.

The underlying architecture is so different from traditional centralized systems that it requires almost an entirely new development environment to get it adapted to the new working model.

That's the reason why Plastic SCM is, to date, the only commercial distributed version control system on the market. So mind the gap and don't get fooled: all the other commercial products are NOT distributed and at best provide some sort of cheap cache system that is far from being DVCS.

In the open source world Git, Mercurial, Bazaar and many others have been used by companies to build notable wrappers (GitHub, Bitbucket, etc.) to try to get them adapted to the enterprise without going through a full development cycle.

As a developer, there are several benefits a DVCS like Plastic SCM will bring:

Plastic SCM is all about managing branching and merging and hence, it's a great tool for release builders focusing on building stable releases. You can...

As a project manager, a DVCS will give you: